Mental health or mental state mind boggles most people even professionals. As it is not a physical injury or one the eye can see many find it hard to understand and often view it in ignorance. Often people feel that having mental health issues may cause them to be discriminated against as it can cause stigma, this is largely down to people not understanding the issues and vulnerability mental health brings with it. When people are ignorant to a subject they shy away from it and tend to dismiss but if more people took the time to understand issues regarding mental health they would regard it as a serious condition and the fear surrounding the subject would be overcome.

Mental HealthAs with any condition it is always better to have it diagnosed as early as possible so that the effective medication and treatment can be offered. Establishing mental health problems in a person can stop it from progressing to a serious stage. It can be common for people to ignore the onset of early symptoms of mental health as they do not wish to believe it or they feel that their condition will improve. Some mental health issues such as depression and anxiety can improve without intervention by themselves once the issue causing the depression is overcome but this is not always the case especially with more serious mental health conditions. 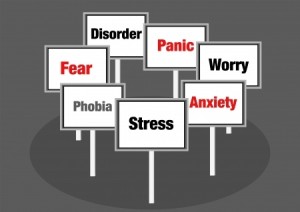 Depression: It is viewed as a mood disorder or sometimes an affective disorder along with bipolar as it largely effects how a person is feeling. Such disorders can affect people of all ages and it is always important to be aware of mood disorders in children as if left undetected can lead on to other conditions. It is not always clear what causes a person mood to change some see it as a chemical imbalance when the neurotransmitters are not managing the endorphins correctly. Signs of depression differ in people especially adults and children some common symptom are; feeling of sadness, low self-esteem, feeling of guilt, loss of interest, disturbed sleep, breaking down of relationships, suicidal thoughts, change in weight, helplessness and little or no concentration.

Anxiety: This disorder is viewed as a panic disorder and is accompanied by the feeling of fear which causes the onset of panic attacks, a feeling that you are unable to breath. Often people who suffer with anxiety have constant worries about daily life which can include; health worries, money, family and constantly living in fear that something bad will happen even if there is no evidential cause that this will happen.
buy cialis generic cialisnextdaydeliveryusa.com/ over the counter

Stress: Everyone at some part in their life will suffer with stress, well a healthy amount of stress. Stress can be seen as human nature, part and parcel of life. It is when it begins to affect daily activities that it becomes a problem and must be tackled. Stress can cause a feeling of overwhelming and people find it difficult to find a way out of the situation but it is important to remember that stressful situation can have a good outcome.

ADD and ADHD: Attention deficit disorder is a sub category of attention deficit hyperactivity disorder. ADHD is a behavioural disorder that includes; inattentiveness, hyperactivity and impulsiveness. ADHD is usually diagnosed when a child is an infant and is usually spotted if a child has a short attention span and cannot concentrate for long periods of time, is restless and tends to fidget a lot and if the child is easily distracted. It is true that young children can be easily distracted away form thing it’s when it is excessive that an issue is raised. Such disorders can follow on from childhood in to adulthood and cause problems with life in general.
buy Sildenafil generic buywithoutprescriptionrxonline.com/ over the counter

Autism: Autism spectrum disorder is referred to as a developmental and neurological disorder that affects a child or persons interaction skills as they find it difficult to communicate and respond or recognise another’s feelings. It is usually recognised before the child reaches the age of 3. There is no cure for the condition but it can be helped through education and behavioural support.

Eating Disorders: it is vital for eating disorders to be spotted quickly so that treatment and recovery is effective. There are two main types of eating disorders, people who starve themselves and do not eat anything for fear of putting weight on are said to have anorexia nervosa, those who binge eat, have a lot of food in a short space of time and then vomit it back up are said to have bulimia nervosa. People who have eating disorders can have a combination of both.
buy Tadalafil generic buynoprescriptiononlinerxx.net over the counter

Obsessive Compulsive Disorder: OCD is an anxiety disorder that causes a person to have intrusive and unreasonable thoughts that become obsessive, through rituals the person tries to manage the thoughts to reduce the anxiety they are feeling. The thoughts are often filled with fear and uneasiness. It can range from mild to severe but with effective treatment and medication people can overcome it though it has tendencies to resurface.

Substance Abuse: Excess drinking and the use of ill legal drugs or even the misuse of prescription medication can cause a person to suffer mental health issues.

You can visit www.mentalhealth.gov for very useful information on mental health.